Art and vines, seeing Occitanie in a new light 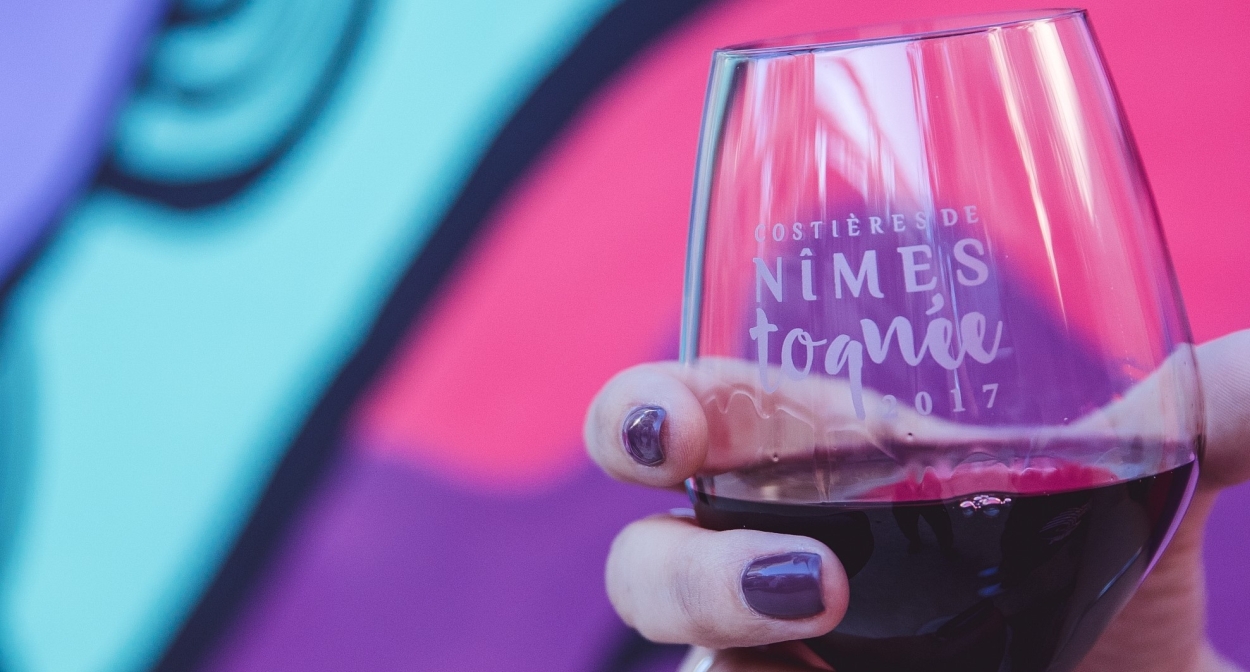 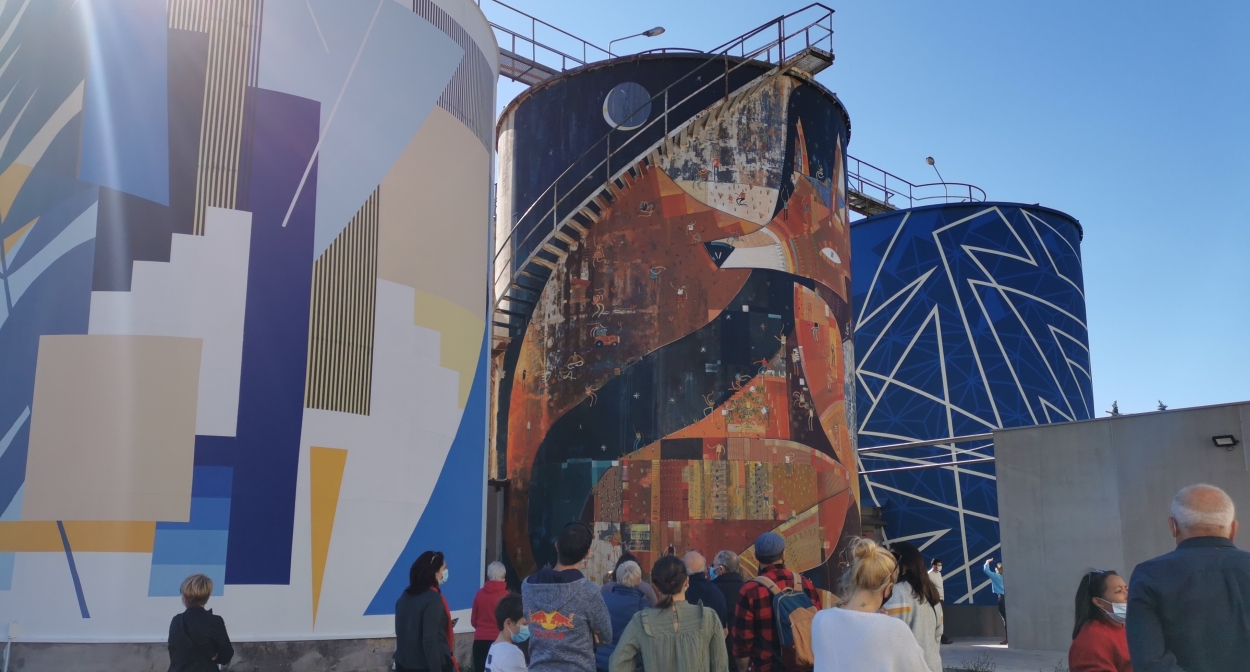 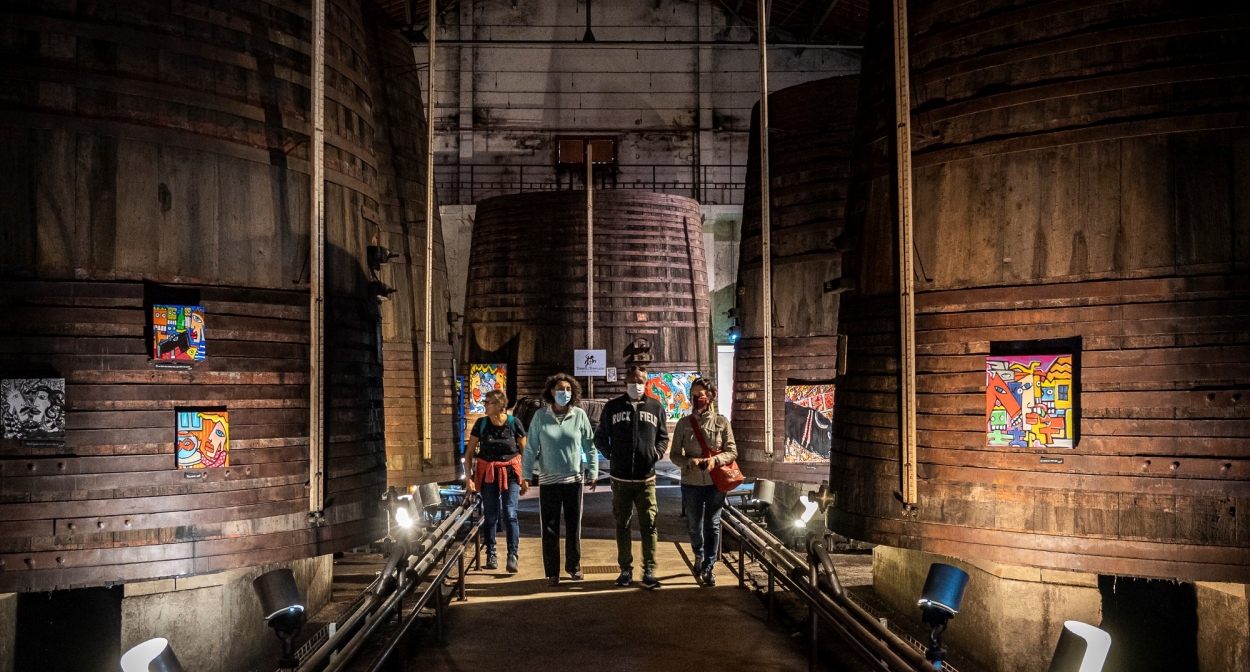 The region of Occitanie is packed with artistic nuggets that cast vines in an entirely new light. There's something for everyone, whether you're looking for architectural curiosities or more contemporary art!

Architecture fans will be impressed by Tavel’s cooperative cellar, the first in France to be officially listed as a Historic Monument. As well as by the cooperative cellars of Roussillon, including the Grande cave de Terres des Templiers with its underground cellars and century-old vats. Château Saint Louis and its incredible circular cellar are also worth a visit, as is Château Monluc, birthplace of the famous “Pousse Rapière”. Its original and stunning cellars are sure to surprise!

Close to Narbonne, Cave Castigno has been entirely redesigned by Lionel Jadot and is another architectural wonder. Impressive when viewed from above due to its wine bottle shape covered in cork oak, the building is 80 metres long and 5 metres high. Between Agen and Cahors, two tasting lodges are also sure to catch your eye. The building at Clos Triguedina boasts a modern design, while the lodge at Château de Chambert offers a 180 degree view of the vines.

The wine region also caters to contemporary artists with L’Art en Cave®, a unique concept that pairs their artwork with a special cuvée. An example of this can be found at Cave de Saint-Chinian where some of the works are printed onto bottle labels to extend the reach of this wonderful art. Further south, five of the region's artists have given the vats at the Cave Coopérative de Nissan-lez-Ensérune a new lease of life. Close by, Château Puech-Haut with its monumental Barrik-Art and collection of 160 wooden vats, is a place you won’t want to miss. In the Lot region, you’ll want to explore the cellar at Château Saint Sernin with its exhibition of artist-decorated casks, bottles and corks. The estate also offers visitors the chance to sponsor a vine stock and follow its growth.

For an open-air experience head to Château Le Bouïs, whose “Land’Art” exhibition celebrates traditional winemaking methods and can be explored during a visit to the estate. Over at Vignobles de Montagnac, visitors can hike along a marked trail dotted with 14 stone statues sculpted by artists.

Why not take your trip to the next level and spend the night in a concrete vat? You can at Domaine de Riberach! 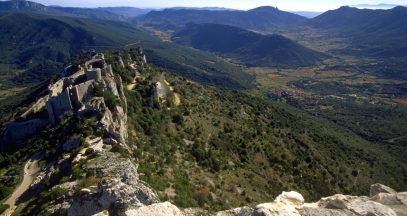 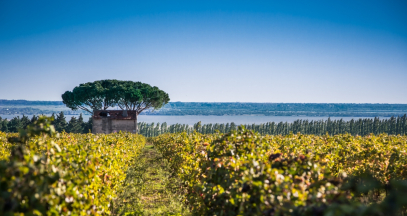 The natural vines of Occitanie 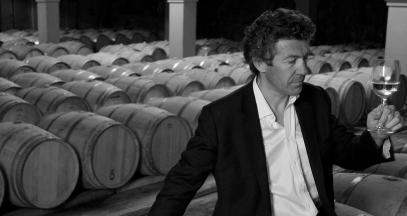