You worked on the concept of the Cité du Vin for six years. How have you built such a large-scale project?

We imagined how to structure the architectural and scenographic programme for a place that would be both original and a world-first. It’s not a museum, because there isn’t a permanent collection. It is intended to spark curiosity while not trying to instruct. The approach was very broad thanks to the help of a scientific expert, Veronique Lemoine, and a multi-disciplinary scientific committee, which included wine experts, historians, geographers, journalists and doctors … As a novice in this field, I was able to imagine the perspective of the general public, who may not know a lot about the cultural aspect of wine.

How would you describe the many different dimensions of the Cité du Vin?

The heart of the visit is the multimedia and multi-sensory tour which tells the great history of wine around the world. Equipped with one of our ‘travelling companions’, a hand-held multimedia guide with headphones, the visitor can freely explore the twenty different self-contained parts of the tour, sometimes standing, sometimes sitting. The visitor can touch, smell and experience artistic and historical content about the different wine cultures. The tour ends with a wine tasting at the panoramic viewpoint known as the belvedere. It offers ten and a half hours of content, which can be complemented with wine-appreciation workshops , some of which are in English or aimed at a younger audience. There is also free entry to the reading room, which houses our library with comic books on wine, foreign-language books and books for young people. It’s a popular place, looking over the Garonne River.

Up until 8 January 2017, entry to the permanent exhibition also gives visitors access to the inaugural exhibition, which displays the work of photographer Isabelle Rozenbaum, who was given full access to the site to immortalize the 36 months of construction in 89 photos. Each year there will be themed exhibitions associated with music, cinema, archaeology and more. The Cité du Vin is also intended to be a community space for the people of Bordeaux, with events – round tables, shows, conferences, themed weekends on different world wine regions, etc.  – and a cultural programme in the 250-seat auditorium, including some 20 films on wine regions around the world, co-produced by Arte.

How many visitors are you expecting?

Forty thousand people visited in the first month. Since the opening weeks we have received visitors from all the regions of France as well as 75 countries. In the longer term we are expecting 400,000 visitors per year, with one third coming from Bordeaux itself. 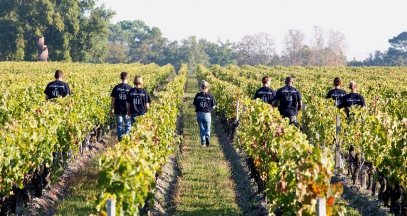 In the path of a ‘grand cru’ winemaker 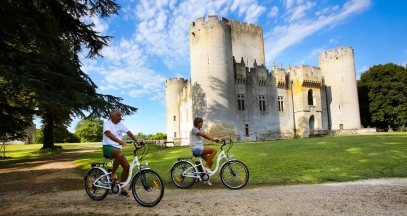 At the heart of the vineyards of Sauternes and Graves