Visit Chusclan and its castle between vineyards and mountains.

People say that Chusclan is the most Provençal of the Languedoc villages.

Logical really, since the only thing between it and Provence is the Rhône. When you arrive, park in the village car-park. It's time to dust off your walking shoes. The short walk to Château de Gicon is an olfactory and visual exercise that will titillate your quadriceps. The castle's architecture - more of a fortress really - bears witness to numerous past owners. Built on the site of a Gallo-Roman villa, the fortress was influential in the Middle Ages and according to legend, it even played host to Saint Louis on his way to the Crusades. At the top, the impressive panorama encompasses the Rhône valley, the Cèze valley and four provinces: Languedoc, Provence, Auvergne and Dauphiné.

The winemakers of Chusclan have been working on the rehabilitation of the site for about forty years. And for good reason. At the bottom of the cliffs, the base of the castle plunges into Grenache, Syrah and Mourvèdre vines, the three great varieties of the Chusclan appelation. An interestiing point to note is that the 12 hectares of vineyard below the château undergo a separate vinification in order to produce the atypical cuvée Château de Gicon. 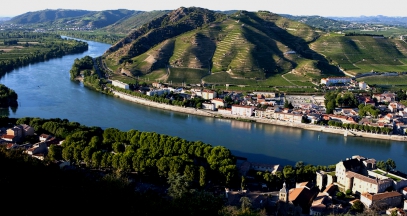 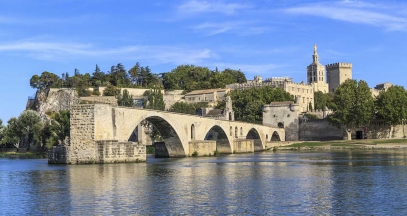 On the Provence wine and vineyard route 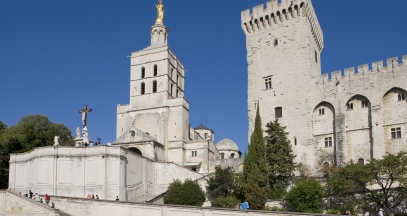